The most debated question in the NBA, who is the G.O.A.T or Greatest of All Time. Many of the people agree that is Michael Jordan, others say LeBron James and some even say Kobe Bryant.
First of all, LeBron and Jordan are not the same type of player to be compared, one is SG the other one is SF. Second, both of this players played in different eras so we can guess but we can never know for sure how many rings would Jordan have today or Lebron if he played in Jordan’s time.
So, because you can’t exactly compare the two players there is one thing you can do, ask yourself if you were the owner of a NBA team, which player would you pick with the #1 draft pick?
It is safe to assume that most of the people would pick Lebron. So why is that? Jordan doesn’t have 4 losses in the finals and has more NBA titles but people would still pick LeBron over him, so why is that the case?
Well when you build a team and when you draft a player you must think what is the best for the team and for a team the best thing definitely is LeBron James. He is the type of player that makes everyone around him better, he can score, pass, rebound, block literary everything. Maybe 1 on 1 Jordan would win and maybe Jordan it is the best player ever but Lebron James if definitely the most valuable player ever You put a guy like that on any team, even the 76-ers and they are considered contenders. If Jordan would sign for the 76ers would you call them contenders?
The same goes for today’s NBA, Curry or James. When you make a opinion who is the best consider this, what player would you pick if you were picking first on the draft.

Christmas is around the corner. What do you get the golfer who has everything? Another pack of golf balls?  An ironic golfer’s […]

Tennis players have fast, precise, and powerful serves to start off their game. To beat them, you need to learn the best […] 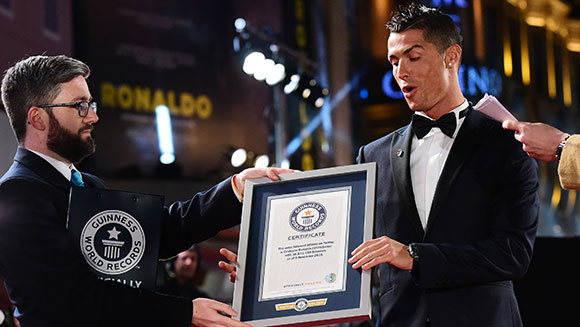 Cristiano Ronaldo set a new record which is quite astonishing. He is the first player to score at least one goal on […]

Boxing is a great sport, a good way to get out some aggression, and a fantastic way to stay in shape.