The shortest and simplest way to find out what CPU you have with Windows is to find the “My Computer” icon on your desktop (or find it in “Start”) then right click and click “Properties”. There you will find almost all of the information about your PC, including the name of your CPU.

There are several types of CPUs:

These are the CPUs with a lot of cores and extraordinary power and will allow you to do literally everything. As they are usually pretty expensive people use them mostly for Editing, Streaming, Gaming on 4k and server PCs. For gaming specifically, you don’t need this much CPU power although it won’t hurt. Games today are mostly GPU heavy and if you are on a budget then you won’t really need this kind of CPU. For streaming and editing, these much power and cores definitely help. Usually, the editing programs are more CPU heavy than GPU and demand a lot of cores (there are exceptions, of course) and if you want to stream or just simply you do a lot of multitasking then more cores are better for you.

These CPUs are what most people use for gaming, so you can say they are the most popular. They have 4+ cores, the amount usually games require and are significantly cheaper than the i7s so you can say they are perfect for everyone. For gaming, i5/r5 are enough of CPU power to run every game there is and if you consider you need to buy other parts for your PC then it’s understandable why this CPU is the most popular with gamers. There is a difference between i5 and r5 though, the i5 has faster IPC but the r5 has more cores, so which one you get is totally up to you and what you plan to do with your PC. If you are only into gaming then the i5 is the perfect CPU for you, but if you like to do other stuff other than gaming and you do a lot of multitasking then go with the r5.

These are the CPUs that are usually called “budget CPUs”. Rightfully so. The cost to own one of them is very little and they are good enough to do most stuff. If you were looking to go into gaming and you didn’t have enough money then you must do compromises and not overspend all your budget on one part. The i3/r3 CPUs are enough to run all games but you can forget about max settings in the games, but since you are on a budget then you can’t complain. These CPUs are most popular with laptops. Usually, laptops are not made for gaming and just for browsing or light work i3 or r3 will do the job.

Gaming wise, most games today are GPU heavy (GPU is more important than CPU) so if you put more money from your budget into you gpu, then you can still play games on high settings with one of these CPUs, however if you are into editing or streaming then you can just forget about these CPUs, the low amount of cores simply won’t be enough to keep up with your demands.

As more and more companies become victims of cybersecurity attacks, the wave of data loss and breaches is on the rise. 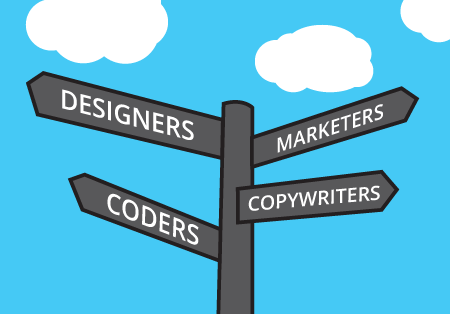 There are thousands of options today for people to find a job online. You can work from home or from anywhere else […]

When we say king we mean the best value for the money. Although the GTX 1080 is without doubt the best single […]